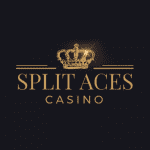 Split Aces Casino joins the industry at a time when there is already an oversupply of online casinos.  The casino is relatively new, having made its first appearance in 2018.

However, even at their infancy stage, Split Aces casino seems like they have a lot in store for the gamblers, as they have taken the step to seek registration from reputable licensing bodies and precisely the Government of Curacao.

I have visited this online casino, and I must admit that they have done well with the list of many slots that they are offering.  After using my smartphone to successfully register on this online casino (I made a deposit of the minimum required which is €20), below is my personal experience with Split Aces casino:

The Good, the Bad and the Outright Ugly

Considering that gambling involves the use of money which is a very delicate issue, I first did a background check to ascertain the real owners of Split Aces Casino. I came to learn that this casino is owed Alpha Interactive Solutions N.V. group.

This group is associated with the Game Tech N.V. group, who have previously been in disagreements with the Malta Gaming Authority (their previous license), due to massive complaints from players.

Actually, according to my investigations, I came to learn that this platform has previously been involved in dubious activities, like using pirated Net Entertainment games.

One of the most obvious reasons why these two (Alpha Interactive Solutions N.V. and Game Tech Group N.V.) are associated, is their near-identical web design and matching Terms and Conditions.

I spoke to the customer care desk to seek clarification on the fate of players from the UK. Since Split Aces casino does not hold a UKGC license, they are not legally allowed to accept sign-ups from UK players.

To my surprise, the casino’s customer support gave me an assurance that they do accept/register players from the UK.

Actually, my friend from the UK was able to register on this casino, even though the casino is not licenced to offer services to players in the UK. This is a clear indication that the Split Aces casino is not an honest entity.  When I sought clarification from their support staff, I was taken round in circles by their very rude staff.

This group of casinos seems to have all the negative things. For example, I dug deep into reviews from previous users; I came across a complaint from a player who made a complaint about Conan casino. The player complained that Conan casino had seized more than $30k due to what they termed as breach of Terms and Conditions.

In this particular case, the casino added two bonuses to the player's account. This was done in quick succession, whereby one huge bonus (£600) was added and immediately, a smaller one (£30), followed. Afterward, the casino enforced their maximum bet rule for the player’s smaller bonus, which meant that the wagers of £100/hand that the player placed breached the terms.

For a casino to seize such a massive win on the flimsy grounds, it does not boost any player’s confidence at all.

Another glaring case of mistrust occurred in late 2014.  There was this scenario whereby; an affiliate, associated with this group of casinos, was caught hacking into other sites, and afterward posting their gambling links on the said websites, without seeking the permission of the owners. This is not only unethical but clearly illegal.

As if that was not enough, in early 2016, this group of casinos was back with more drama, as they were caught using pirated Net Entertainment games. 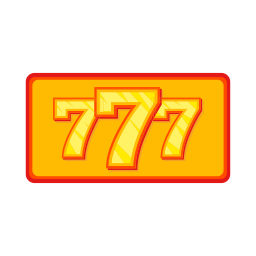 Previously, Game Tech Group N.V. was licensed by the Malta Gaming Authority (MGA), however, after a lot of consultation following numerous complaints from players, MGA concluded that the firm’s terms, which it actually uses to place a limit to the maximum bet allowed when using a non-bonus play contravened consumer protection law in EU.

Based on this consumer protection law, MGA instructed the group of casinos to repay all confiscated funds that were as a result of the complaint, and which happened during the time that they held the MGA license. The firm did not comply with these instructions, and this prompted MGA to withdraw the license.

The terms used by Game Tech Group N.V. are quite predatory. Additionally, they do not allow "betting systems" on any player who places a flat bet on a single number in the game of Roulette. If you happen to do this, the casino will term it as a violation of its rules.

For example, outside of bonus play, there is no reason why the casino should place a cap on winnings. According to EU consumer law, this practice is unlawful.

I find it very hard to find anything good on this casino, for example, when I made a request to withdraw a small profit that I had made, it took 5 working days ( I understand sometimes it takes longer), for the processing to be completed.

If you choose to use a Credit/debit card, expect up to 10 working days for the payment to be completed.

Also, the monthly cash-out limit is €5,000 and this is quite low.  If you make a request exceeding this amount, it will be declined and the cash will be returned to your betting account.

Actually, I would advise any player wishing to make a deposit on this casino to start by reading their terms and conditions. For example, if you make a total deposit of less than £200.00, you will only be allowed to withdraw 10x your last deposit amount. This is actually the first time I’m seeing such a thing coming from an online casino.

Never have I seen such a rule with any other casino. Customer Service is also very unprofessional and there doesn’t have any feeling of legitimacy with this casino, there are many other casinos that are much better than this one. Don’t waste your time or money!

Some of the other predatory rules that Split Aces consider as “Irregular play" include, wagering an amount that is equal to or greater than 30% of the value of the deposit, as well as using the Martingale system, double-up or any other similar strategies and/or systems.

Using appropriate and responsible gambling tools is acceptable in this industry, and it is unethical for the casino to take punitive action against players who use them.

Alpha Interactive Solutions has some other predatory rules like imposing responsible gambling practices. In this scenario, the casino extends self-exclusion to each and every property listed on their license.

Ordinarily, such a measure would be considered a positive strategy, however, for this casino; they are not really interested in protecting the self-excluded players from registering with other brands on their license.

If you self-exclude then sign-up at another property but under the same licence, you will be free rolled.  This means that the casino is not responsible for any losses that you incur, and therefore, they hold the right to deny you your winnings.

To trigger the bonus on Spilt Aces casino, you will need to make a deposit of at least €20. The deposit bonus also attracts a wagering requirement of 20x (deposit plus bonus).

Split Aces casinos bonus uses the common standard bonus structure. This means that your funds will be locked until you fulfil all the wagering requirements. The casino has not placed a limit on the maximum bet term. In gambling terms, we say that this type of bonus is sticky.

If you do not meet or complete the wagering requirements, the Bonus, together with all other associated winnings will expire after 15 days.

I saw a lot of game varieties on this casino including Slots, Blackjack, Roulette, Casino Poker, Baccarat, Video Poker, and Craps.

Although the casino offers many slots from different developers, it only publishes the RTP (house edge) details for their Net Entertainment slots.

After the personal experience that I had with this casino, I struggle to find any good rating that I can genuinely give. Therefore, I conclude that it is not a fair online casino, and its dealings leave a lot to be desired. Actually, I can place it on top of the list of rogue online casinos.