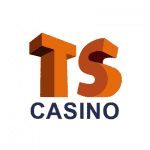 TS Casino forms part of the Game Tech N.V. group. Although Game Tech N.V was previously licenced by Malta Gaming Authority, there emerged some differences between the two, and this caused the termination of their working agreement.

The regulator received a lot of complaints regarding the way the company was handling customer concerns. Before investing in this Game Tech N.V group, it is important to note that the company was previously caught using pirated NetEnt games.

Ts casino does not hold a UKGC license; this means that the casino is not allowed to accept any players from the UK on their platform.

To verify this, my friend and I contacted customer support to get a clarification on the same. To our surprise, the lady who we spoke to assured us that Ts casino accepts players from the UK.

During our background check, we found many complaints about casinos that are under this group.  One complaint that stood out was Conan casino seizing more than $30k due to what the casino termed as breach of contract.

In this scenario, the casino added two bonuses to a gamer’s account, and this was done in quick succession. The first bonus was amounting (£600), and it was quickly followed by a smaller bonus of (£30).

Afterwards, Conan casino imposed the maximum bet rule that affected the smaller bonus. This automatically meant that the player’s wagers of £100 had breached the casino’s terms and conditions.

There was a tug of war between the casino and the player, with the player claiming that the casino added these two bonuses at the same time.

In its defence, Conan casino claimed that there was a 2-minute delay, in adding the bonuses.

Either way, seizing such a large win on dubious grounds does not boost other player’s confidence.

Another incident that raises eyebrows as far as Game Tech N.V is concerned is a situation that happened back in 2014.  An affiliate associated with this group was caught hacking into other sites. He then proceeded to post his gambling links on these sites without the owner’s permission.

This is not only illegal but extremely unethical.

The other area of concern regarding Game Tech Group N.V. is the predatory terms that they use on players. For example, the group does not allow the use of "betting systems" on any player who flat bets on a single number on the Roulette game.

This means that the use of such betting systems is considered a violation of the Group’s term of service. 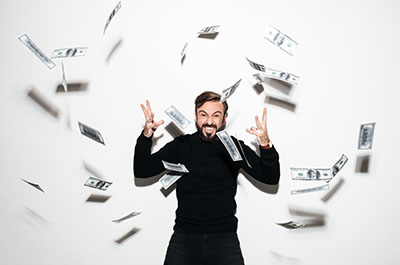 Just as is the norm with other online casinos, Ts casino offers a welcome bonus that is made up of a bonus of 100% up to €500.

To trigger the bonus, you will need at least a minimum deposit of €20. The wagering requirement for this bonus is 35x (deposit + bonus).

The funds will be locked until the time when the player can meet all the wagering requirements.

The maximum that you are allowed to bet with while playing with this type of bonus is 30% of the bonus that has been awarded.

If you deposit less than €200, your maximum withdrawal limit is 10xdeposit.

Since the bonus is sticky, it means that you are not in a position to withdraw it. After you meet all the wagering requirements, the casino will remove your bonus from your account when you make your first withdrawal.

TS Casino promises to pay for withdrawals within 5 business days. However, when I made my first withdrawal, it took the casino a total of 10 days to release the money. This was after making numerous calls, and complaints.

I would advise other players to be very cautious with Ts casino while making deposits.

The minimum withdrawal of €100 is quite high and prohibitive. Additionally, at Ts casino, the maximum amount that you can withdrawal per month is €5000 which is just ridiculous!

Below is one of their terms, and this is important to note for every player who plans on making a real deposit.

At Ts online casino, there are several games that you can choose from. These range from slots to table games.

Since I’m a huge fan of slot games, I headed straight to that section with the hope of finding some of the best slots in the market.

I was able to find a number of the most recent slot games; however, the most shocking thing that I found is that this casino only publishes the slot’s (RTP) for their Net Entertainment slots games.

I was not able to get the RTP information regarding most other slots on Ts online casino.

At Ts online casino, I noticed that there are many available banking options. These include Credit/Debit cards, Skrill (formerly Moneybookers), Webmoney, as well as Ukash.

I used my Credit Card to make a deposit that was immediately credited to my player account.  However, when it came to making a withdrawal, it took as many as 10 days for the funds to be released to my Credit card, yet Ts online casino promises instant withdrawals for players using Credit cards.

It is clear that this casino is not happy with players making a withdrawal, and they will do anything to frustrate any player trying to get money out.

Although Ts online casino is not licenced to operate in the United Kingdom jurisdiction, the casino uses unprofessional means to register players from that region.

Other countries where they are not regulated to operate include the United States, U.S. Virgin Islands, Australia, U.S. Minor Outlying Islands, South Africa, and the U.S. Miscellaneous Pacific Islands.

During my time with Ts online casino, my worst experience was with the casino’s withdrawal process.  I cannot recall the number of times that I reached out to them via their telephone number.

Each time, I was given a different excuse as to the reasons the casino has failed to release my winnings.

I once used their email support, and only got a response after 3 days of waiting.

Playing online games is one of the most fun ways to enjoy some free time, while at the same time making some profits.

However, not all online casinos are genuine, and Game Tech N.V. (the parent company that owns Ts online casino), should be on top of the list when it comes to rogue casinos.

I strongly recommend that you stay away from any casino associated with this group due to their fishy dealings. The terms of operations are not clear, and when it comes to making a withdrawal, the casino will frustrate you until you almost give up.

Once Upon A Time