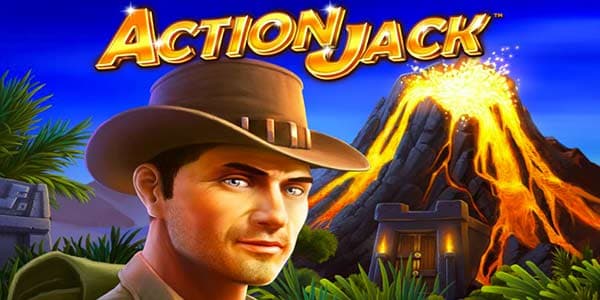 Action Jack is an online slot game powered by one of the most known software companies in the world, IGT. This adventure-themed game is packed with five reels, and it also has forty paylines. There is quite good news that gaming fans must hear; they can play Action Jack on any mobile platform of their choice, whether its a mobile phone or a tablet. As for the betting range of Action Jack, it is pretty wide, and it goes from a minimum of €0.4 to a max of €800.

Read my well-elaborate review regarding Action Jack, and you'll be in a position to conquer this game in no time!

How To Play Action Jack?

The setting of Action Jack is a jungle with a certain Aztec feel to it. The low-value icons are the regular playing cards from ten to A. Meanwhile, the symbols with much more significant worth are the ones included in the next list:

The volcano symbol is going to give you the best rewards during the time you play Action Jack. If you get five volcano icons, you're going to get a 25x multiplier. The wild icon of this IGT slots game is Action Jack. Also, the wild serves as a type of substitution for any other symbol in this online slot machine. It will show up on the fifth, fourth, third, and second reel.

One of the special bonus features is the Synchronised Reels. All five reels will contain stacks of an identical icon with the exception of the scatter. Just before you make a spin in Action Jack, one reel set full of stacked Action Jack symbols is going to be chosen in a random manner. That particular symbol could show up stacked on more than one reel, and it will boost your payouts by a considerable amount.

The scatter of Action Jack is a treasure chest. This game has a Free Spins bonus feature. It can be activated if you get three or even more scatters. If you somehow get five, four, or three treasure chests, you’ll get some nice rewards, respectively:

Every win you get in the duration of the Free Spins Action Jack bonus feature is subjected to a 3x multiplier, which means if you somehow acquire three or even more treasure chest symbols once you make a free spin, the feature is going to be activated once more. The Action Jack Free Spins feature can be retriggered many times, and you can get yourself a max of five hundred free spins.

An important thing to mention is that Action Jack has low volatility and a 92.34% RTP, which is great by the always-demanding standards of IGT.