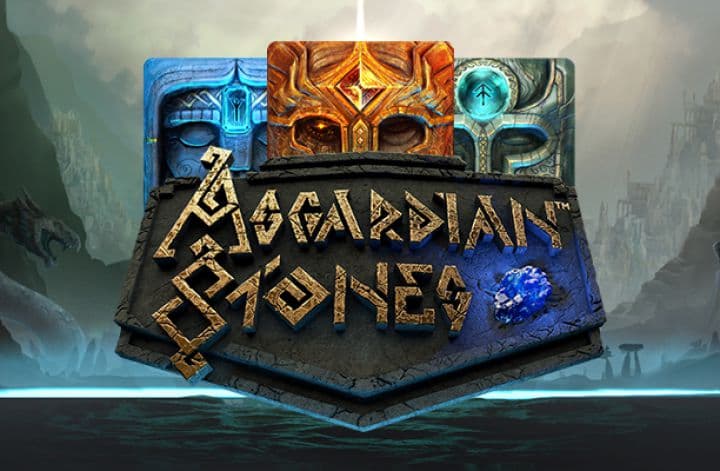 Asgardian Stones has been released by a well-known software provider of the gaming world, NetEnt or Net Entertainment. This gem of a slot has exactly twenty paylines and five reels. Basically, you have the chance to have fun with Asgardian Stones on your mobile phones and of course on your tablets, besides the possibility to play it on your PC. The betting range in Asgardian Stones goes from a minimum bet of €0.2 to €200, which is great, for the players who claim to be high-rollers. With Asgardian Stones, you can go on an ancient adventure where the gates of the mythical Asgard are being protected by giants stones.

You will find many useful tips about Asgardian Stones casino slot online in my well-elaborate review!

A god with the biggest worth can give you a 25x multiplier if you land that god five times on the reels of Asgardian Stones online casino game. This NetEnt free casino slots game has a wild symbol and serves as a replacement for basically every Asgardian Stones symbol with one exception, the Bonus Wheel icon. Like in many Net Entertainment slot games this one also has an Avalanche feature, which purpose I will explain to you in a second. So, the symbols of Asgardian Stones are going to take their place on the reels, and once you form a victorious combo, those icons will explode and be substituted by another set of symbols. With this feature, you can easily win continuously.

In Asgardian Stones, you will be able to see some Colossal icons. They are big versions of the regular icons except for the wild icons. They come in these configurations:

These symbols can assist in making some successful combinations, which is basically the purpose of the Colossal symbols. These icons can trigger the game’s special bonus feature, Colossal Crush. Also with those symbols, free spins can be easily triggered.

In a situation when a brand-new Colossal icon lands on the reels, it has the ability to crush rows of icons that are below that symbol, and with that being said, you're in for some solid prizes. If that symbol crushes one row, you can get a 1x multiplier, and if it happens to crush four rows, a 4x multiplier can be won, which is great.

There's the Bonus Wheel slot feature which comes in a 3x3 configuration. This feature can only land on reels five, four and three. The biggest multiplier you can win is 36x, while the minimum multiplier is 5x. You can win a round of completely free spins, with this feature.

In terms of graphics, Asgardian Stones is a superb slot game from the software giants, NetEnt, but that is not the only thing that is impressive about this slot machine. There are the great bonus features, like the Colossal symbols and Bonus Wheel feature which really makes Asgardian Stones an amazing free slots game. I recommend you to play Asgardian Stones!