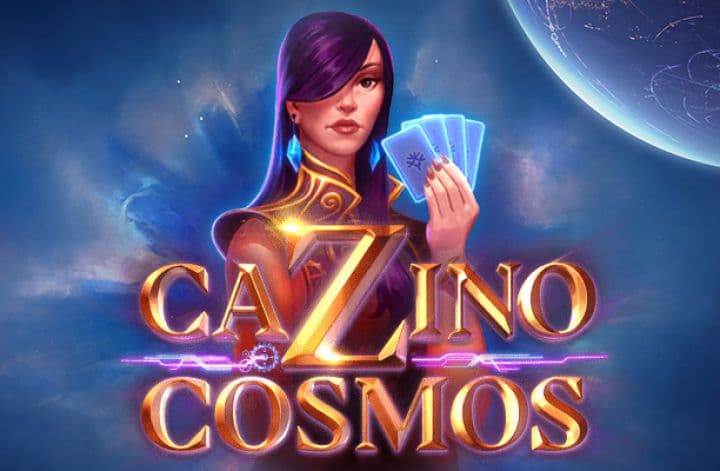 Cazino Cosmos is an online slot machine, and it is released thanks to one of the most influential software companies in the world, Yggdrasil. This game is packed with twenty paylines, and it also has five regular reels. Something that the gambling admirers will like is the fact that they can play Cazino Cosmos on any mobile device that they like, whether its the tablet or a mobile device. You have the opportunity to play Cazino Cosmos if you invest at least €0.1 and the max amount would be €20.

Read my review regarding the slot machine, Cazino Cosmos, and you'll be able to conquer this Yggdrasil game in no time!

Features And Symbols Of Cazino Cosmos

Cazino Cosmos is a space-themed online game and the various icons that you will encounter while enjoying in it will be presented in the following list:

In Cazino Cosmos, the general with the beard will get you the biggest prizes imaginable. If you get five of the general symbols, you will get a prize in the form of a 200x multiplier. Stella the Matriarch represents the wild icon of Cazino Cosmos and serves as a type of replacement for any other symbol in this game.

In this Yggdrasil free casino slots game, you can also activate the special bonus feature, called the Free Spins. If you manage and get five, four or perhaps three free spins icons you are going to be rewarded with the following free spins, respectively:

In this Cazino Cosmos feature, you’ll also win a 4x multiplier. Every wild icon in this bonus feature happens to be sticky. If you get one wild, you’ll be rewarded with five extra free spins, which is great.

Cazino Cosmos won’t be hard for the newcomers, as it is really straightforward for playing and it also has some bonus features which can get you all sort of prizes. So, it would be a smart move to be bold and try to play Cazino Cosmos!