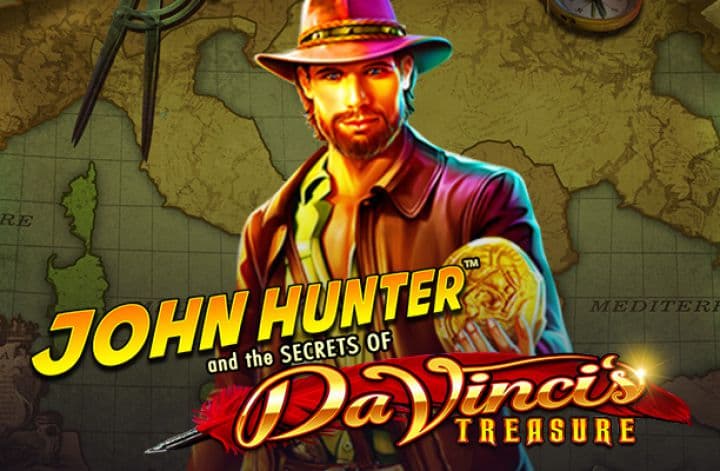 Go hunting for Da Vinci's Treasure in this slot game which happens to be developed by one of the most known gambling companies in the world. Da Vinci's Treasure online slot machine has the regular five reels and is packed with twenty-five paylines. I have fantastic news for all the players out there because they can play on any mobile device that they choose, whether its the tablet or a mobile phone. As for the betting range of Da Vinci's Treasure online game, it is definitely wide, starting from a small bet of €0.25 to a max bet of exactly €125.

Read my detailed review regarding Da Vinci's Treasure slot machine, and you'll be amazed at what does this game brings to the table!

What is notable to say, is that the icons with not so big value are the cards you can find in a deck and they go from ten to A in Da Vinci’s Treasure online slot. Now, onto the symbols which have much bigger worth and they are in the following list:

Among the four symbols, the most valuable in Da Vinci’s Treasure game is surely John Hunter which comes with a 32x multiplier. Da Vinci himself happens to be the wild symbol of this slot. The wild is going to show up on every reel with the exception of the first and the fifth reel. The main function of the wild is to serve as a type of replacement for every icon in Da Vinci’s Treasure game. The code wheel represents the scatter symbol of this online slot machine. It can only show up on the fourth, third and second reel of Da Vinci’s Treasure. If you get three code wheel icons one of the following three bonus features will be awarded to you in a random manner:

Something that is necessary for every newbie but also an experienced gaming fan is that Da Vinci's Treasure has an RTP of 96.53%, which definitely happens to be a great return to the player percentage, considering the demanding standards of Pragmatic Play gaming company.

Da Vinci’s Treasure is one of those games which will impress you with its bonus features and a stunning visual display but also with the very entertaining gameplay. I recommend to all the gaming admirers that they try and play Da Vinci’s Treasure game and win some real cash!