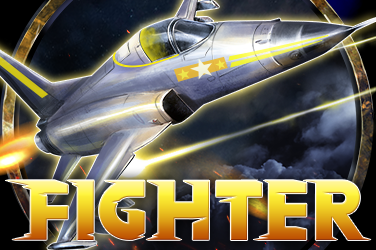 Fighter — multiplayer/ crash game, based on explosive mechanics, which was released by Onlyplay in January, 2021. The rules of the game are quite simple - the player has to control the plane. And the further the player manages to fly and not explode, the higher the multiplayers’ coefficient will be. Immediately after the player enters the size of the bet in the specially designated field, the game starts. The multiplier values range from 1 to infinity. Next, the player monitors the flight of the fighter. As the plane flies, the multiplayer grows, increasing the player's winnings. At any time, the player can stop the game and collect the winnings by clicking on the "Collect" button. One of the main distinguishing features of Fighter, in contrast to other games with similar mechanics, is the ability to get dropdown bonuses and accumulative jackpot. In addition to the classic multiplayer growth, the dropdown bonuses are also available, which increase the player's winnings. Every player can get +20/+40/+60% bonus to the existing multiplayer. But besides this, the player can hit the accumulative jackpot, which increases the player's level of interest in the risk being taken. The design of Fighter resembles 2000s console games. The design of the game turned out to be as realistic and very detailed as possible thanks to the tips and tricks of a real former pilot. Such detailed elaboration of the game attracts new users to gaming platforms.