Finn And The Swirly Spin

Finn And The Swirly Spin, A Slot Game Review 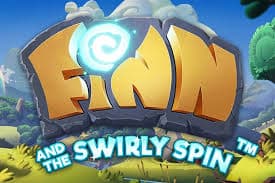 Read my detailed review, and you'll get to know many interesting facts about Finn and the Swirly Spin online game!

How To Exactly Play Finn And The Swirly Spin?

Regarding the design of Finn and The Swirly Spin online casino game, you will soon realize that it has a magical theme and the main character of the slot is the leprechaun Finn which is located just beneath the reels of NetEnt. The high-value icons in Finn and the Swirly Spin are the following ones:

On the reel set of Finn and the Swirly Spin, you are going to see that there are twenty-five spaces and on those spaces, twenty-five separate icons will show up. You can achieve a victory if you land three identical symbols on the vertical or the horizontal line of the 5x5 grid.

If you manage to have a win with the star icon, that symbol is going to explode and by doing that it will destroy every symbol on the identical vertical or horizontal line. With this feature, you can win continuously with ease. This bonus feature is called the avalanche.

The base game of Finn and the Swirly Spin casino game has four random bonus features, so I will introduce you to them: