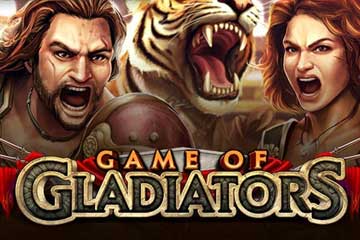 Game Of Gladiators is an online slot machine released by one of the most successful software companies in the world, Play'n Go. Based on legendary fighters from the Roman pits, this game is packed with five reels, and it also has twenty paylines. A fact that will bring joy to every gaming enthusiast is that they can play Game Of Gladiators from any device of their choice, whether its a mobile phone, PC, tablet, or laptop. As for the betting limits of Game Of Gladiators, they go from a minimum of €0.2 to a max of €100.

Read my review concerning Game Of Gladiators, and you'll be able to make a winning strategy!

Gameplay And Symbols Of Game Of Gladiators

The low-worth icons in this Play’n Go slot are the regular card symbols from ten to A. Meanwhile, the symbols with high value (gladiators) will be included in the following list:

Rectiarus happens to be the best and most valuable symbol among the four top-tier gladiator icons. If you get five, four, or three Rectiarus symbols, you're going to get a prize in the form of these multipliers, respectively:

The wild of Game Of Gladiators represents the tiger, and it serves as a type of replacement for any other in the game. If you acquire five, four, or three Game Of Gladiators wild icons, you’re going to get the following multipliers, respectively:

In the duration of the Game Of Gladiators base game, you can get a lot of prizes from five bonus features which will be activated in a random manner:

There's also a special bonus feature called Enter The Arena Battle. You can activate this feature if you somehow acquire the scatter which on the fifth, third, and third reel of Game Of Gladiators. The scatter is portrayed by Portcullis.  What's next is that you have to pick one champion and he will come in the place of Portcullis, who is going to be replaced. You have the opportunity to pick between these two champions:

When you select one of these two, that symbol is going to become the scatter of Game Of Gladiators.