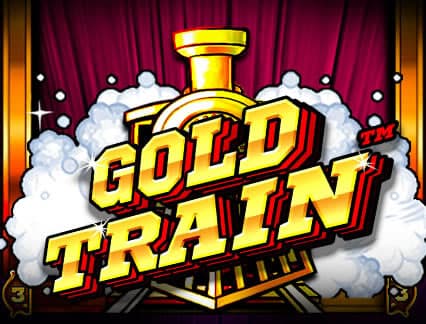 Get the feel of having a trip on the railway with Gold Train online slot game! Gold Train is developed by one of the most influential names on the e-gaming market, and that is the software provider Pragmatic Play. I would say the main bonus feature is the ten train carriages which will bring you some amazing rewards. Good news for you, because you have the possibility to have fun with Gold Train online game on basically any device that you select; it can be your mobile phone, PC, tablet or perhaps a laptop. The betting range of Gold Train is considered to be pretty wide going from €0.03 to €15.

Read my in-depth review concerning Gold Train, and you'll be thrilled with what does this Pragmatic Play slot have to offer to their gaming fans!

The Features And Icons Of Gold Train Online Game

The symbols of low worth with which will you encounter once you start to play Gold Train slot machine are these ones:

The more valuable symbols of Gold Train are the following ones:

Between these four icons, the best by far is the three Red Sevens. If you get two or three of the 777, you are going to be rewarded with four or thirty coins, respectively. The Gold Train happens to be the wild symbol of this online slot machine. The wild symbol serves a substitution for every Gold Train online slot game symbol and it can also upgrade gold ticket icons, which I found to be a great virtue of this special bonus feature. If you manage to acquire two or perhaps three of the Gold Train wild, you'll get five or even five hundred coins, which is great.

In the Gold Train game, the silver ticket represents the scatter icon of the game. If a player gets three of these silver ticket icons, he will activate the so-called "Progressive Bonus" special feature of the slot. In this feature, the ten train carriages are going to show up, and each one of them will carry a specific money prize.

By collecting multiple upgrade symbol ticket icons, you will get that many train carriages.

Be sure not to forget that Gold Train online game has medium variance and it has a 97.16 % RTP, which is simply fantastic because the standards of Gold Train happen to be quite demanding to say at least. The greatest jackpot in Gold Train online slot game carries a big reward of 75000 coins.

The railway theme of Gold Train turned out to be a real hit among gaming aficionados around the world, but that's not the only thing that is interesting about the Gold Train online slot game. The bonus features will surely keep your attention as well as the thrilling gameplay. Be bold and play Gold Train online game!