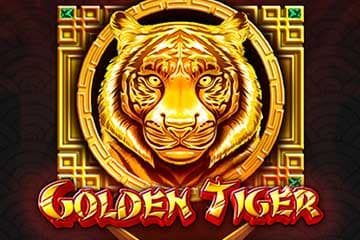 Golden Tiger is a fruit machine with a Chinese feel to it, and it is released by one of the leaders of the e-gaming industry, iSoftBet. This game is packed with three and five paylines. What’s really interesting is that you have the chance to play Golden Tiger on any mobile platform of your choice, whether it’s a mobile phone or a tablet. As for the betting limits of Golden Tiger, they go from a minimum of €0.1 to a max of €10.

Read my review regarding this iSoftBet free slot no download no registration, and you'll be able to conquer it in a matter of minutes!

How To Play Golden Tiger?

The symbols which you will encounter during the time you play Golden Tiger will be included in the following list:

If you somehow manage to get three tiger coins of either the  green, red or blue tiger, you’re going to get a reward in the form of these multipliers, respectively:

In a situation where you get three golden tiger coins, you’ll be rewarded with a 100x multiplier. Once you fill every reel in the game with icons that are completely identical, you’ll get a 2x multiplier. This special bonus feature is called the Golden Tiger Collect.

Also, there’s a Golden Tiger feature known as the Stacked Wins.  You’re going to trigger it when you get a golden tiger coin on the reel grid of this game; its position is going to be highlighted. When every position is highlighted, and there are nine of them, the feature will start right away. You just have to spin the wheel to win some rewards. On the left side of the wheel, you will find a variety of icons from Golden Tiger. There is a pointer which shows what you've won, and then you'll be given a nice payout, which is great. For instance, in a situation where the pointer stops at the blue tiger coin, you're going to get a nice prize in the form of a 10x multiplier.

Players can actually boost their payouts with the help of the reel on the right side, which has multipliers of up to a max of 10x, which is fantastic. If you perhaps acquire a gold coin or the 10x multipliers, you'll get a prize in the form of 1000x of your stake at that particular moment.

What also quite important to mention, is that Golden Tiger has medium volatility and 95.95% RTP, which is impressive considering the high standards of one of the greatest software providers in the world, iSoftBet. The maximum amount of coins a gaming fan can get is precisely 10000.

iSoftBet did a stunning job with Golden Tiger which has really fun gameplay, unique bonus features, and out-of-this-world visual design. So, all that remains for the gaming aficionados is to go and play Golden Tiger as soon as possible!