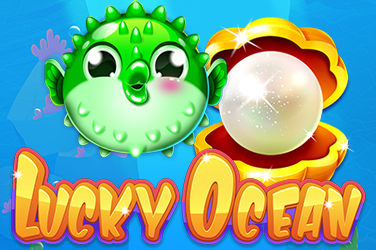 Lucky Ocean — instant win lottery, released by Onlyplay in June, 2020. The game is based on turn-based lottery mechanics, which is in great demand among players in the gaming market around the world. The player sees 7 rows in front of him. In each of the rows, under one of the cells, a pearl is hidden. Having found it, the player goes to the next row. So, in just 7 steps, the player can get the maximum win. Such game mechanics allows the player to increase the level of loyalty to the risk he takes. Indeed, in the process of the game, the winnings depend solely on his skills. At any time the player can stop the game and collect his winnings. The design of the game allows the player to completely immerse himself in the fantastic water world, filled with hundreds of beautiful snow-white pearls. The found pearls bring the player a win, and the ruffs - the loss. The game is complemented by pleasant sound effects that immerse the player in the game process and increase the player's retention time. As in most other games of this format, the player can stop the game and collect his winnings at any time. The game is popular all over the world, but according to observations, it especially attracts players from Asia and the Latin American region.