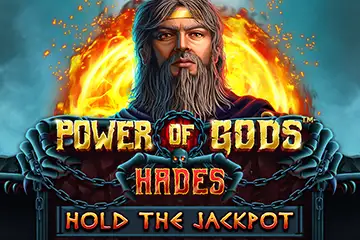 Power of Gods: Hades is an upcoming slot machine that is set to be released by Wazdan. It is the third slot game in a series that this developer is creating, and we have previously seen titles like Egypt and The Pantheon.

For this title, you get to enjoy the Greek Underworld as you cross over the Styx into the kingdom of Hades, the God of Death. It is from the God of Death that you collect great prizes, especially if you play the slot for real money.

I’m privileged to have been among the few players to get hold of this slot before its official release, and I will share my experience playing it as a real money gamer:

Wazdan has gone with the common game design, and here, I’m talking about a 5x3 reels setup, with up to 243 ways to win. This s a good indicator that the slot offers plenty of opportunities to land some good wins.

Power of Gods: Hades is rich in features, and among those that I had the privilege to work with include wilds, sticky bonus icons, as well as a bonus game via the Hold the Jackpot.

Placing a wager is pretty straightforward, and with a little as $0.10, I was on my way to spinning the reels. If you have a bigger betting bankroll, the slot will allow you to place bets using as much as $100 per spin.

Power of Gods: Hades has a very good payout potential, and on a good day, you can walk away with as much as 5,000x the stake, from just one spin.

The best part is that Wazdan allows you to pick your own level of variance, and to keep the risk minimal, I went with the lowest volatility for all the bets that I placed.

However, I must mention that the lower the risk, the more difficult it is to hit the big wins. Other volatility levels available include Standard and High variants.

The RTP of 96.14% remains constant and does not change regardless of the level of volatility.

The wild is the most basic but very useful feature on any modern slot. On this slot, I noticed that it appears on all 5 reels of the game.

It serves as a substitute/replacement symbol, which means that you must land it on the right reel (at least 3 symbols must land left to right, and this should be on adjacent reels) for it to effectively help with the formation of winning combinations.

The biggest feature of this slot is the Hold The Jackpot Bonus. It is a respin feature and you may come across it on other games but with different names like Hold & Win.

It is a very important feature particularly if you are aiming at the Grand Jackpot of 3,000x the stake. In addition to the main jackpot, Wazdan has included other smaller ones like the mini and minor.

The interesting set of Bonus symbols is the other feature, and to enjoy its benefits, I was required to land the symbols at the same time. The Sticky Bonus symbols offer a major boost to the odds of triggering the feature by rewarding the gamer with up to 5 re-spins.

While in this mode, you will get up to 3 respins, and if you are able to land additional bonus icons, it is possible to reset the number of available rounds.

If you land all the bonus symbols in the 15 available positions, then you can trigger the top prize in the game.

On the other hand, Hades Mystery can only be converted into MINI, MINOR or MAJOR Jackpot icons.

Considering that this title is dedicated to Hades, it is obvious that the developer had to go with a darker look than what we have previously seen in the Power of Gods series.

It is an interesting story that bears a Gothic style design, and you can notice the usual Greek look. I love the graphics, and especially the dark blue marble that forms part of the temple.

Symbols include Royals, images of Hades, Helmets, and Cerberus among others.

Power of Gods: Hades is a great slot, and Wazdan has put in a lot of work to deliver an awesome addition to their Gods series.

It offers great features, a decent RTP, and a good mix of features. Also, you are allowed to pick your own level of volatility which makes it a slot suitable for all levels of players.