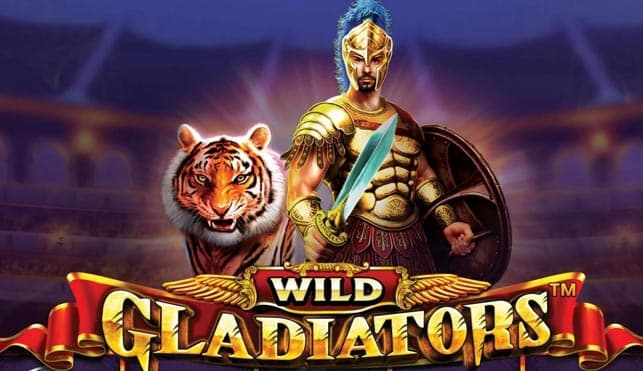 Want to see how was it like in the Roman fighting pits? You can experience it once you start to play Wild Gladiators. This slot machine has been brought to the gaming thanks to the giants of the gaming niche, Pragmatic Play. A major advantage for Wild Gladiators is that this game can be played on any mobile device of your choosing, whether it's a mobile phone or tablet. Regarding the betting range of Wild Gladiators, it goes from a minimum of €0.25 to a max of €125. Wild Gladiators is packed with five to six reels, and it also has twenty-five paylines. The sixth reel of Wild Gladiators will reward you with a 10x multiplier.

Read my well-elaborate review about Wild Gladiators, and you'll be able to win multiple times!

The Symbols And Gameplay Of Wild Gladiators

The most valuable of the symbols in Wild Gladiators happens to be the Roman Emperor. If you somehow get five, four or three of the Roman Emperor icons, you are going to get these prizes, respectively:

Just next to the Wild Gladiators reel grid, you are going to see reel six, which has multipliers and wilds. If you get a winning combo, your multiplier will be increased that many times as it says on reel six. The gladiator represents the wild symbol of the game; it can be of great assistance to you in terms of making successful combinations. If it somehow lands in the middle of any reel, it will transform that whole reel into a wild one.  The wild can show up on more than one reel at the same time, and a large multiplier will be given as a prize.

By acquiring five expanding Gladiator icons and a 10x multiplier you’ll be getting a big reward. That would be a jackpot worth 10000 coins. If you get a super wild symbol on more than one reel, five wild symbols will be given to you as a reward for the following spin you make at Wild Gladiators. Those wilds have the ability to expand in order to make the entire reel into a wild one if they are located in the middle. That Wild Gladiator special bonus feature is called the Super Wild Bonus.

The scatter symbol of Wild Gladiators is the monumental building, Colosseum. This online slot machine has a free spins bonus feature, and you can activate it if you get the scatter icon on the fifth, third and first on one spin. You are going to be rewarded with ten free spins on this Wild Gladiators feature.

Wild Gladiators is a really exciting slot machine with a lot of prizes which you can get once you activate the unique bonus features, so go and test your luck with Pragmatic Play slots!