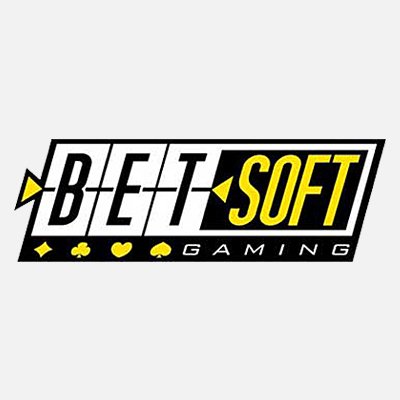 Regarding gameplay and graphical style, BetSoft games are similar to other popular games providers like NetEnt and Playtech. The only difference is that BetSoft, unlike the two mentioned developers, specializes in creating graphically enhanced and visually spectacular games, especially slot games. Between their slot, poker and roulette game selection, it is tough to pick a gorgeous game, as all of them are so well polished and visually appealing.

BetSoft has a wide range of games to boast with, including over 150 slots. Their most popular games are their SLOT3 game series as well as 2D table games, especially blackjack. Players who like to play games with big jackpots will be happy to read that this provider offers some of the biggest jackpots around, both regular and progressive ones. As a result of this, they have gained a massive following over the last few years.

The BetSoft software platform is very flexible and casino friendly. It allows the online casinos to tailor the whole promotion structure, finances and support network around it. This, in return, gives the players more choice when playing, as they have it all in one place, with a multi-purpose gambling platform.   All of their games are instant play, which means, no waiting time, no additional installations, you can just launch the game up and play it straight away. This is an impressive thing, keeping in mind that they have some of the most visually splendid and graphically demanding games out of all providers.

Using their cutting edge technology, BetSoft has managed to make a significant impact on the mobile gambling market as well. All of their games that are available in the PC version can also be accessed through Android and iOS devices. This means you can enjoy all of BetSoft’s beautiful games while on the go, all you need is a stable internet connection.

Regulated by multiple judicial bodies, BetSoft is one of the most trusted developers out there. They have an excellent standing in all online casinos and online gambling communities, and all of their games are safe to play. They use a random number generator in all of their games, which guarantees the randomness of the results at all times.  You can play most of their games in a free demo version, which is a nice touch from BetSoft and shows that they genuinely care about all of their gamblers, especially those just starting.

⭐ Can I play Betsoft games using my smartphone?

Yes. This developer has a long list of games that are easily convertible to your mobile gadget. The games are already optimized for Android, iOS, and Windows Phone games, without compromising on the quality.

⭐ What happens if my internet is slow?

With Betsoft’s Vault™ innovation, you don’t have to worry about high-speed internet. All that you need to do is to download the developer’s software on your gadget, and get to play the games in a native application, and not via a web interface.

⭐ Which games is Betsoft best known for?

Although the developer creates different casino games, they are best known for their innovative 3d games. There are other great products like the mini-Games that include Lucky Seven, Blackjack, and High Low among others.