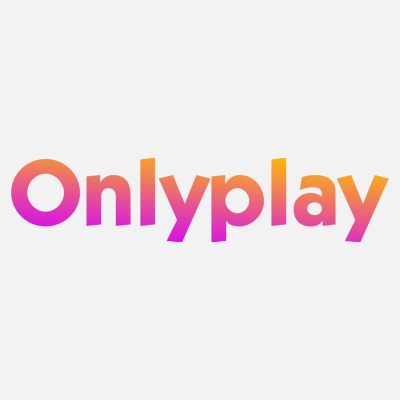 The history of Onlyplay begins back in 2007, when an outsourcing game development company was created. Six years have passed since the company created its first instant win games based on lottery tickets in cooperation with the State Operator of State Lotteries. Already in 2014,a new gaming solution for integration into online banking based on lotteries was developed. And in 2016, when the cryptocurrency was gaining more and more popularity among players, the company created the first crypto game based on Ethereum. 2017 marked the creation of a consensus algorithm for gambling projects. Two years later, in 2019, Onlyplay started developing its own games with a focus on instant win games. Since then, the company has created more than 10 trending games that are already popular among players, thanks to an exclusive game format and instant payouts.

Onlyplay knows exactly how to attract the maximum number of new players to your gaming platforms. After all, its games use:

The company's gaming portfolio includes over ten games. Among them, the most popular games are the so-called slotteries — a unique game format created by Onlyplay. Slotteries visually resemble a one-line slot machine. 35% – 45% of users prefer this game format, rather than classic slots (according to research by marketing companies). Due to the fact that slotteries unite fans of both standard slots and lotteries, the target audience of this format is wider.

For all the time of work, Onlyplay has created not only games, but also other services that may be useful to you.  Among them is the Onlyplay RNG platform, which is used by Onlyplay games and can be used as a separate object. OWidget — exclusive game module, the use of which can increase the total profit of your platform up to 10%. And also iGHUB — an extensive B2B service, the main goal of which is to unify and consolidate games, due to which partner games are available on the best popular gaming platforms worldwide.

Onlyplay is a company that has always stood for fair play and fair payouts. Its RNG was tested according to the UK Remote Gambling and Software Technical Standards June 2017 and the Remote Gambling and Software Technical Compliance Testing Strategy November 2018. And also according to the Malta Remote Gaming Regulations 2004. Onlyplay holds several certifications from iTech Labs from UK and Malta authorized agents.

Onlyplays’ team always strives to cooperate with global brands. There are more than 20 successful companies among the company's partners. After all, Onlyplays’ main goal is to make the online gambling sphere even better by introducing high-quality innovations that can interest new players.

⭐ What is Onlyplay popular for?

Absolutely. Onlyplay holds legitimate RNG certificates from BMM Testlabs, and iTechLabs. This is a clear signal that the developer offers genuine products that are safe and fair.

⭐ What types of games does Onlyplay create?

Onlyplay develop an array of gaming products. Some of their popular slots include Troll Dice, Jungle Gold, Fighter, and Limbo Cat.