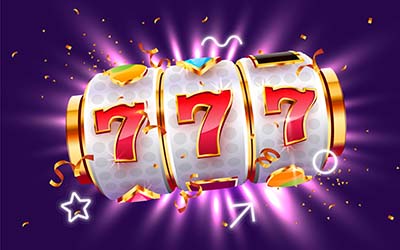 With so many different slot games to choose from, finding the best one that is available can be a rather difficult challenge faced by even some of the most avid and enthusiastic players in the gambling community.

One of the ways in which many will look to try and work out which are the best games will be to pick a developer that they have had experience with and look to choose from the catalogue of titles that they have on offer, rather than having a look at everything and trying to find the best one in that particular method.

SkillOnNet is one of the top game developers around currently, therefore it is no surprise that there are a number of SkillOnNet casinos available for punters to play those exceptional titles at. Here, though, are the best five slot games to have been created by the developer that should be considered a must-play as soon as possible!

Arguably the best slot available on the entire list, SkillOnNet’s Ninja Master is an exceptional title that combines a fresh approach with a traditional Asian theme that could be argued to have been overdone by many developers.

The game features a simplistic gameplay experience as players will be met with 5 reels, 3 rows and 20 paylines, however there are essentially 40 as players can form wins from the left and the right of the grid!

Additionally, there are a couple of bonus features including a wild symbol that can act as a multiplier, whilst landing three or more of them will trigger a free spins game! Moreover, a ‘Double or Nothing’ bonus can also be activated after each win, with a return to player (RTP) rate of 95.9% available in this title of medium volatility!

The Reel Deal is another top slot from SkillOnNet, with this game featuring impressive visuals that will provide players with a Las Vegas-esque experience as it features classic fruit machine symbols and neon lights.

A 5-reel playing grid with 50 paylines is available, as is a free spins game that can be triggered when players land three scatter symbols! The RTP rate of 96% makes this game highly enjoyable to play and one that is also extremely simple to understand and follow!

SkillOnNet’s Spinning Wilds slot game is another title that follows a relatively simple theme, however it remains effective at keeping players as immersed as possible with each spin that is made in the game.

Traditional icons are used on the paytable with classic fruit machine symbols appearing, whilst the playing grid features a 5-reel, 4-row layout that provides a total of 40 fixed paylines. In addition, bonus features include free spins and a ‘Spinning Wild’ feature, which will reveal another icon that is already visible on the grid, which will then see all of those that it matches become wild!

A host of different features are available to trigger in this game, with free spins and a wild that can help to boost the win rewards significantly when it appears. Additionally, the ‘Multireel’ feature available in the free spins game can make wins extremely lucrative as it can provide a multiplier of up to 50x!

With 20 fixed paylines available on each spin, SkillOnNet’s Zombie Bar slot game is the last of the best titles to have been created by the developer to appear on this list, but by no means least.

The game features some stunning visuals and captures the zombie theme rather well, whilst the 5-reel, 4-row playing grid layout means bettors will be able to experience some simple game time. As with many of the developer’s titles, this game features special icons such as wilds - which can multiply wins - and scatter icons, which will trigger free spins when three of them appear on the grid on a single spin!