It is a natural instinct of both humans and animals to entertain ourselves through games. Since we first learned to use our hands and thumbs, we have been using the environment to create tools and eventually craft objects to amuse ourselves with. It's incredible how simple inventions have been used for thousands of years and will continue to be.

Dice are one such invention. These simple and practical tools have been used for their random nature, adding a core mechanic to many different games. Would you believe that dice are actually the oldest gaming instruments in history? 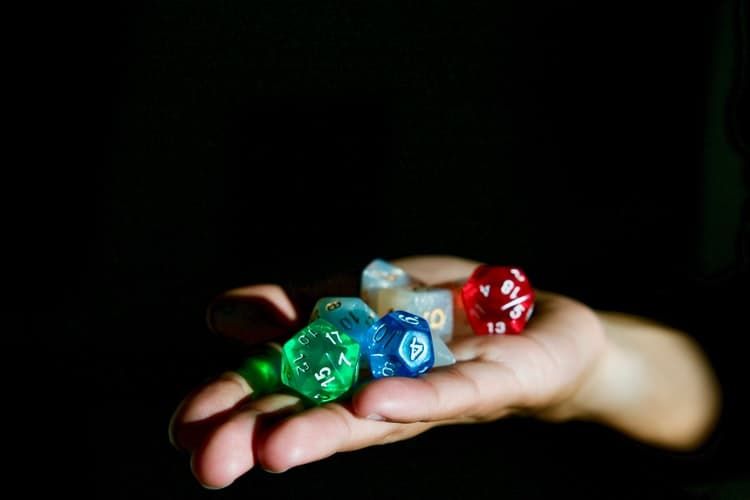 How Old Are Dice?

While there are many games that have ancient origins and early evolutions, dice are considered to be the oldest gaming instruments known to man. For instance, poker is a game that almost everyone is familiar with. Everyone from the common folk to the upper class—and even a long tradition of presidents—have played poker, but poker as we know it is not that old. Dice pre-date all other forms of gaming that are still present today. In fact, dice over 5000 years old were discovered in Iran during an excavation of a bronze age archaeological site in 1983.

Variations of dice were actually not first intended to be used for gaming but actually for fortune-telling and divination purposes. Many people in ancient cultures believed that the random nature of dice was actually the hand of God at work. The casting of dice for this purpose has been tied to the Romans, Egyptians, Buddhist monks, ancient Chinese and many other civilizations. There are even several references to dice in the Bible.

While dice may have been around for thousands of years, they certainly have undergone many iterations to become the standard dice as we know them today. Dice were commonly made from bones in their oldest forms, which is why colloquial terms like “bones” and “throwing bones” are used in relation to rolling dice. A game called “Knucklebones” is well known to historians as a game played with carved bones from animals like pigs or sheep. The game was supposedly played by Romans in ancient times. Throughout history, dice have appeared made of numerous materials like lead, crystal, ivory, wood, gems, porcelain, and just about anything else. Though we know six-sided dice as the standard, there are examples of dice with numerous sides, from 20 to 100 sides or more. 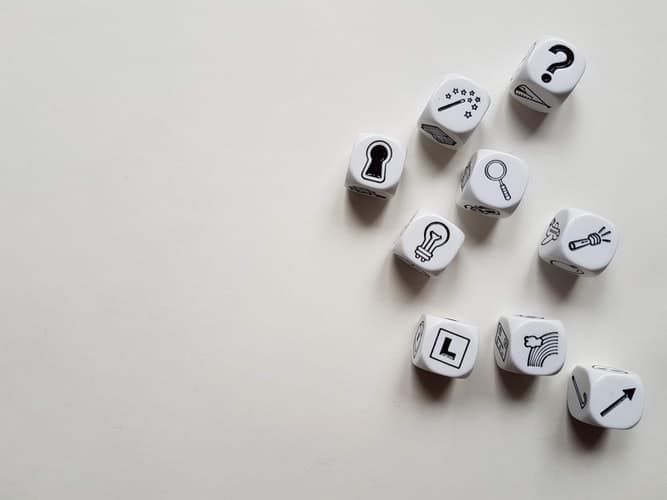 The reason dice first became popular is the same reason they are popular today. First, they are cheap, making them accessible by the rich and poor alike. Next, dice games are normally far simpler to pick up and understand than other forms of gaming. The number one factor, of course, is that they are just plain entertaining. Shaking dice and letting them fly is a type of fun that hasn’t worn off over thousands of years. Dice games are thrilling and can get a crowd into a frenzy.

There is more than enough evidence to firmly say that in ancient times dice were beloved by all classes of people. In an age where everything was handmade, games and toys were expensive luxuries. For young ones, even a simple doll or carved animal would have been an occasional treat. Dice presented a way to have fun and play games that were within everyone’s reach. They were cheap and easy to transport, and everyone could play together.

In the present, not much has changed. Dice are still being used for many different games around the world. Though there are digital dice being used in online casino games, the physical form will always be more popular, and, in fact, it seems like they are becoming more popular every year. People enjoy using dice because the games are quick and exciting, and they produce truly random results with little to no skill involved in the games. There will always be certain people who enjoy dice over games that require more strategy or skill.

There are numerous fun games today that are still utilizing dice as a central component. Everything from home board games to high-stakes casino games have dice rolling as a central mechanic. There are games like Yahtzee, Dungeons and Dragons, the Chinese game Sic Bo, and dozens of Craps variations, for starters.

In short, dice will always be present in society in one form or another, as history has shown us. This is simply because no matter what changes in society, the need for a random number generating system for gaming or other purposes will always be used. Dice are simple tools for this need. Though they have existed in many forms, the fact that we are still using these random number generators in the same way thousands of years later is astounding.