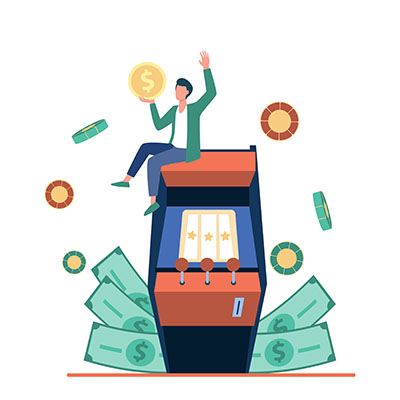 It's common knowledge that music affects people, but do we know how it affects gamblers? A team of Norwegian psychosocial scientists went on a fact-finding mission to establish if indeed background music that is played in casinos affected gamblers, and if so, how exactly.

They hypothesized that because they found a connection between risky behaviour and low-to-moderate arousal levels when exposed to slow tempo classical or instrumental music in other contexts, the same would hold true for casino gamblers.

A small-scale study done at the University of Bergen in Norway studied the responses of a group of 72 female and 29 male undergraduates who were in psychology studies at the school. This is the last group you would expect to see in casinos! These are the findings of the study:

Garbage In, Garbage Out (GIGO)

According to their findings, “Both low-tempo, as well as high-tempo music, has been linked to higher-risk gambling.

As strange as it may seem, not a single participant in the experiment played the games without music.

What's more, our adventurous team of psychosocial scientists believes they have discovered a subtle but unmistakable link between music and increased gambling behaviour.

One is left wondering what it cost the scientists to unearth these completely unsurprising facts and figures.

It is worth noting that the Norwegian report mentions that, many years ago, as early as 1912, proto-psychosocial scientists issued a warning about the dangerous combination of music and slot machines.

The book Gambling and Gaming Devices, written by John Philip Quinn, was published in that same year. As stated on the book’s title page, the book is described as "[b]eing a comprehensive, systematic educational exposition that is intended to instruct the youth from every corner of the world to avoid all forms of gambling."

The 2014 Norwegian study makes use of a quote from Quinn's screed to highlight the century-long concern about the relationship between music and any form of gambling.

The quote is mismatched and has nothing to do with background music while gambling, but who cares at this point, right?

Casino Music and Its Influence on Gamblers

And apart from that dismal Norwegian experiment conducted back in 2014, little has been confirmed about background music that could be beneficial to gaming establishments.

However, if you've recently visited a casino, you'll notice that they all have music playing – at a volume that is just low enough to be unnoticeable (on a conscious level, at least).

According to my personal observations, the music playing in the background tends to be appropriate for the casino's target audience. If the players are over 40 years old, you'll hear lyrics from the oldies like Frank Sinatra, Abba, and Madonna, and maybe even a current country hit or two thrown in for good measure.

As the day continues to progress into the late afternoon and then into the night, the music frequently shifts to include tracks and artists who are currently popular on the radio. As the night progresses, it appears that the tempo picks up.

In Vegas, some of the more locals-friendly establishments, such as the M Resort and the majority of the Station properties, prefer the older, more standard music, at least during the daytime hours. When it comes to night-time music, the focus is on current pop songs and lyrics.

You can always do your own little research. Next time you're at your favourite casino for a longer duration, take a few moments to listen to the music playing and observe the general age bracket of the individuals around you.

The probability is that the younger the audience around you, the faster and more modern the music is, and vice versa.

To say that casinos do not spend real money on playlists would be an understatement.

In fact, depending on the casino size, several playlists may come in to cover different zones, each of which is adapted to the local demographics of that zone at that moment of the day. However, whatever is playing in the background is always going to be a mild mood enhancer.

Frankly speaking, no one is going to place their entire wager on red simply because the song "Luck Be a Lady Tonight" is playing in the background.

They may, on the other hand, be tempted to shoot their cuffs and order a vodka martini "shaken, not stirred" and this may end up impairing their gambling judgement.

What Purposes Does Background Music Serve?

When it comes to younger people, the casino experience is more like a party, and no one wants to leave the party. If they spend their entire paycheck learning how to lay odds at the craps table, they can rest assured that there will be another paycheck waiting for them at the end of the following week, if they do their job well.

Older people, on the other hand, are more likely to be enjoying some leisure time that has been carefully planned. Rather than being a deliberate attempt to change their gambling habits, the music played for both of these demographics is more of a reaction to their existing tastes.

You do not need to have a team of Norwegian psychosocial scientists to demonstrate that background music can have an impact on your mood. It is likely that upbeat music, particularly songs you enjoy, will have a positive influence on your mood.

This presents a challenge for casinos because, like the sense of smell (which I examined previously), the sense of hearing is a highly individual response. This is especially true when it comes to background music.

Depending on your personal preferences, a particular song may bring back memories of that warm summer evening when you first realized the difference between cats and dogs. Someone else, on the other hand, may recall a song that an ex repeatedly played until they were forced to flee into the street, never to be seen again.

As a result, when it comes to selecting background music, casinos must tread carefully. A positive emotional response such as happiness, perhaps even feelings of comfort, safety, and well-being, must be elicited from the greatest number of prospective patrons as is reasonably possible.

There's a chance it will keep the punters in their seats for one more hand, or it will keep them slapping the PLAY button as if they were about to break the world speed record in Bonneville.

And that contributes to the house advantage because the likelihood of a winning streak coming to an end increases dramatically the longer and/or more frequently you place wagers.

No One Can Hear You Sing If You're in Cyberspace!

Background music is almost non-existent at online casinos, much like fragrance is non-existent. This is primarily because people use mobile casino apps in a diverse range of settings and circumstances, and noise of any kind may not be appropriate to everyone around.

Office managers, for example, are unlikely to approve of you playing a virtual slot machine on your phone while singing along to ZZ Top's cover of "Viva Las Vegas" while sitting in your cubicle and listening to the song.

And don't think that a restroom is a safe place for such gambling-themed sing-along sessions!

Whether your gambling is limited to home-based versions of classic slot machines, or once-a-quarter trips down Fremont Street or the Las Vegas Strip, you can completely avoid obnoxious casino background music by creating your own gambling playlist.

Apple, Amazon, Spotify, and even Google Play all provide music streaming services that allow you to create playlists of your favourite music to listen to at your leisure.

Pre-built playlists that recreate the background music of actual brick-and-mortar casinos are available on some streaming services, while others offer playlists that are more of a tribute to Vegas-themed music.

And if the idea of creating your own background music appeals to you, consider putting your selections through a test drive on one of the great online casinos.

Casinos have a variety of tricks up their sleeves to make the gambling experience more enjoyable. One of these is music, which can affect how much time you spend gambling and how quickly you react.

Previous studies show that people are more inclined to gamble when they listen to music with faster tempo, but this may not be true of all gamblers.