A live dealer handles the cards, the dice, or the roulette wheel, and the players can communicate via live chat directly on the platform, which enhances the authenticity of the games.

In case privacy is not a major issue for you, join us as we take a look at the most popular live casino games you can play online.

Live roulette is one of the most popular live casino games. This is a game of pure chance, in which players put their money on one of the available bets, and the dealer spins the wheel to reveal the winning outcome. The most commonly-played variants are European and American roulette, but players usually opt for the European version since it offers better odds. In any case, we recommend that you learn more about the differences between these two versions and choose the option that suits you best. 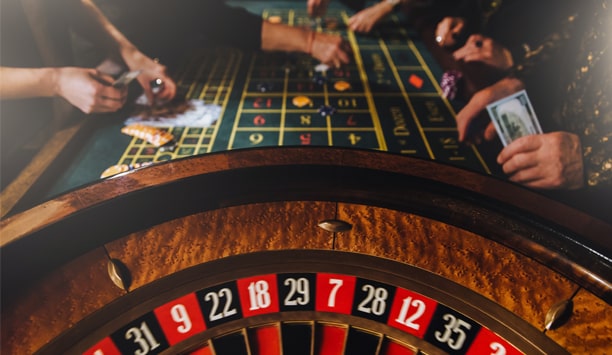 There are many betting options on the roulette table, which are commonly grouped as inside bets and outside bets. The inside bets include a Straight Up (1 number), Split (2 adjoining numbers), Street (3 numbers in a single row), and several others. These wagers offer the best roulette payouts, with the Straight Up bet paying a 35:1.

The outside bets include Red/Black, Odd/Even, Hi/Low, Dozens, and Columns. As these wagers cover more numbers than the inside bets, the probability of winning is higher, but the trade-off is that the payouts are lower; for example, the red or black bet only pays even money.

There are several variants of roulette, with the most popular being French, European and American roulette. As a player, it’s important to know the differences between these games because they each offer their own RTP.

French and European roulette use a wheel with 37 slots numbered from 0 – 36. However, French roulette games use the la partage rule, which returns half of the player’s stake on even-money bets if the ball lands in the ‘0’ slot. This increases the RTP from 97.30% up to 98.65%.

American roulette, however, is played on a wheel with 38 slots. It has zero (0) and double zero (00) slots, and the numbers 1 – 36. The payouts are identical for all three variants, but the additional double zero slot reduces the RTP to a lowly 94.76%.

From the main variants, there are many spin-off versions. These are a few of the other types of roulette games found at the best live casinos.

It is hard to find an online casino nowadays that doesn’t offer live blackjack tables. This casino game begins with the dealer dealing two cards to each player and themselves. The players’ cards are usually dealt face up, while one of the dealer’s cards is face-up and the other face-down. 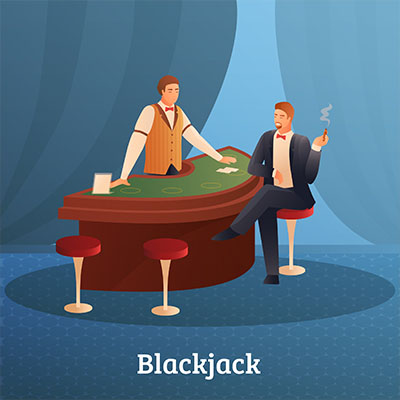 The aim of blackjack is to beat the dealer. This can be achieved by:

Unlike roulette, blackjack is a decision-making game. Players have a degree of control of the outcome of each hand. From the first two cards, the player must decide if they want to stand (keep the total they have), hit (draw another card from the deck), double down (increase their bet and take a card), or split if the two cards are of the same value.

There are many variants of blackjack – each with its own RTP, so you want to research the game before playing to ensure you find the right tables. Here are a couple of the most popular variations played online today.

Baccarat is another game of chance but played using cards. In live baccarat, there are two hands – the player’s and the dealer’s. Please note that the player’s hand has nothing to do with the person betting on the game. 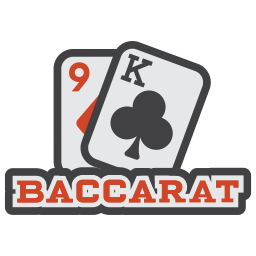 The objective of baccarat is for the two hands to get a point total of 9. As the gambler, you wager on what you think the outcome will be. The possible bets include:

A game of live baccarat follows set rules. If the hand total is higher than 9, then the left digit is taken away. For example, the two cards are 7 and 8, which is a total of 15. The ‘1’ is removed to leave a total of 5. Following that, there are drawing rules for a third and final card for each hand. Baccarat is popular because it’s easy to learn and the RTP is 98.94%, although gamblers must pay 5% on winning banker bets. Regular baccarat is still the favoured live game, but other interesting variants worth trying are.

Poker is probably one of the most well-known card games, with variants such as Texas Hold’em and Five-Card Stud being popular all over the world. These poker games are played against other players, and they involve a lot of psychology and bluffing. Live casino poker games are a player vs the house dealer affair. While the house has an advantage due to the games’ rules, casino poker is still great fun, and many players use these poker variations to learn the ropes before moving onto Hold’em tables. 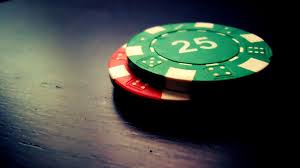 Each variant of casino poker has its own rules and RTP. These are some of the most common games around currently.

Having taken a look at the most popular live casino games, we hope that we’ve helped clear up some of the confusion around this popular category. Whether you are a novice or a recreational player, you’ll find a live dealer game to suit your needs. Simply choose one and let the fun begin!