Get to Know Gaming Canada and Other Responsible Online Gaming Initiatives

Canada is becoming known as the centre for responsible gaming around the world. Its initiatives in the space are often imitated by countries and municipalities that are unsure of how to showcase how responsible gaming will actually benefit the gaming industry in the area.

Get to Know Gaming Canada is an initiative of the Canadian Gaming Association. The program looks to publicize the benefits that are associated with the gaming industry in Canada, especially when it comes to responsible gaming.

The association plans to put out stories that highlight the benefits gaming brings to local communities, municipal economies, employees, job creators and innovators alike. With all of these benefits in tow, one may easily forget that the industry in Canada is one of the more highly regulated around the world. 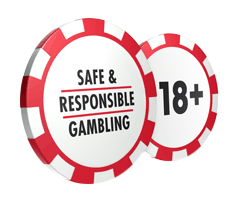 However, government regulation comes the power of government backing. It is now a simple matter to create mainstream attention for an initiative like Get to Know Gaming Canada, one complete with social media marketing and super-relevant hashtags that could appeal to teenagers just as quickly as seasoned gamers.

It is also difficult to imagine that responsible gaming online played a huge role in the ability of the association to pull off mainstream acceptance. Common knowledge says that regulation makes the gaming industry wither on the vine. It has done the exact opposite in Canada. The country's quite "responsible" gaming industry, experts have found, does make quite significant contributions to communities, economies and governments.

Canada has found a sweet spot in terms of offering social benefits and allowing gaming companies to offer gaming benefits to keep players coming back for more. Players are also more likely to find "outs" in certain parts of Canadian gaming sites - recommendations for other activities to do outside of gaming. This comes from a recommendation of the Responsible Gaming Council stating that gamers are less likely to develop an addictive problem with gambling if gaming activity is balanced with other activities.

The University of Macau Institute for the Study of Commercial Gaming was at the head of the 2018 version of the Responsible Gaming Symposium. The city openly describes its efforts at responsible gaming as directly tied to those that Canada created a few years before. The symposium was attended by leaders and gaming scholars in the Canadian gaming industry along with leaders and legislators from the United Kingdom, Singapore, China, Hong Kong, South Korea and Japan.

So what can we expect from the proliferation of Canada's responsible gaming initiative? Due to its success, we will probably see similar initiatives at many places around the world. Now that the world knows that responsible gaming does not necessarily mean limited gaming, governments are more than likely going to jump on the revenue bandwagon that gaming provides.

The world of gaming is expanding and eventually had to come to the point of compromise with mainstream associations and municipalities. The example of Canada shows that this marriage does not have to be unfruitful for the gaming industry. Look for it to continue to offer great incentives without the need for manipulation tactics.