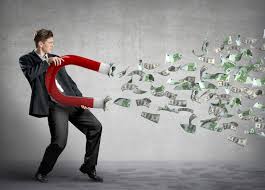 Obviously, there is nothing you can be sure of when it comes to live casino streaming. It's impossible to tell if a streamer is gambling with real money unless you have access to all of their financial records.

It's easy to spot obvious fakes for those of us who have worked in the industry for a while now. Viewers who want to avoid fraudulent affiliates, who advertise rogue casinos and mislead their viewers should look out for the red flags highlighted in this article.

Consequently, dishonest streamers cast a lot of doubt on legitimate streamers. There are several reasons why this is a bad idea. For one, it hurts the reputation of everyone involved and undermines the business as a whole.

Bad affiliates, on the other hand, are unconcerned because they are operating in places where regulators cannot reach them, advertising offshore casinos while remaining unscathed.

It's always a good thing to stay knowledgeable and educated as a sports fan and bettor. People who suffer from Stockholm syndrome will fiercely protect their favourite streamer, even if all the red flags are clearly visible to everyone else.

How Did We Get Here?

Because openly debating this matter attracts a lot of criticism, many legitimate casino streamers choose to stay away from it altogether.

There are "haters" among these trolls that don't like affiliates at all, as well as anonymous trolls recruited by fraudulent streamers to attack their detractors in an effort to damage their reputations.

Rather than discussing the issue of fake money, they use manipulative logical fallacies like "promoting rogue casinos linked to criminal activity, and lying to your viewers about playing with real funds while doing €100 bogus bets.

To say that this is the same as displaying absolute disrespect for your audience while still being honest about your streaming deals, absurd would be an understatement. A common tactic used by phoney streamers and their trolls is to claim that they are the victims of defamation of character.

How do You Tell If a Streamer is Real or Fraudulent?

There are several tell-tale signs that you can look out for. One, the streamer in question mainly engages in low-quality Curacao casinos (and, more recently, crypto casinos), some of which do not follow any rules, laws, or responsible gambling standards, making them more likely to offer fictitious monies.

They don't play on these sites because they like the long list of games or quick pay-outs; they do it because the casinos are just as shady as they are and ready to join forces with them in their criminal enterprise.

Because they can't match and sustain the same high level of gambling action with real money, you'll never see these broadcasters play on respected brands like Rizk, Guts, or Casumo.

Images of operators (casinos) providing technical solutions to falsify deposit and withdrawal records to look like real transactions have been around for some time. Displaying these transactions does not make them legitimate, therefore, you must take some time and study the deeper picture.

However, despite the fact that the streamer regularly withdraws hundreds of thousands of Euros from low-quality Curacao casinos, these casinos are so financially vulnerable that their terms and conditions normally have absurdly low withdrawal caps.

There are a number of ways that phoney streamers cheat on platforms like Twitch, including adding false cash to their accounts (which can be done with a test account) or simply not being permitted to hold their withdrawals (which is why you see them play back fraudulent monies when completing bonus chases for over €100k).

Subscribers of the Live-streaming Service

Do you think these are actual people or just views that are generated at random?

It doesn’t make sense when a streamer playing at the level of a wealthy Highroller, betting €50-100 per day on a shoddy coconut island casino, can be begging for more members.

As a result of the ongoing scrutiny of authorities, well-known EU-licensed casinos are much more cautious when it comes to working with affiliates. However, things weren't always this way. When LeoVegas was found to have provided a bogus test account to streamer CasinoRobot in 2016, the company received a lot of criticism.

For the record, LeoVegas learned from their mistake and issued an official apology, and put in more stringent standards for their live streams to help prevent a repeat of the incident. In addition, a few casinos, including LVBET, EnergyCasino, and Rizk, are well-known in the industry for having a strict policy prohibiting the use of fictitious cash.

Most game developers and publishers we've spoken to are against phoney money streaming, but we're not sure how serious they are about it. After all, phoney streamers don't care what they say or do in public as long as they are able to play their games.

So, which game developers and publishers are the most trustworthy? To be honest, if you asked us, we'd say yes without hesitation, Relax Gaming, for example. This is because they have contacted us more than once to ask for our opinion on certain streams, demonstrating their knowledge of the issue and want to correct it.

Microgaming, Blueprint Gaming, and Yggdrasil Gaming have all spoken out against fraudulent streams, as has Nolimit City. It's not fair that dishonest service providers get an advantage over honest service suppliers.

If you're a player, you should consider who you want to root for. Certain suppliers are certainly not in bed with dubious affiliates that promote rogue casinos while making €50-100 false bets with fake money to convince their viewers to imitate them using real money.

So, what can be done to battle this scourge that not only tarnishes the entire casino sector but also contributes to organized crime? To begin, you may share this post. Because knowledge is power, raising awareness about the issue may be an effective approach to exert pressure on the fraudsters.

If you care about a safe gambling environment, we can effect meaningful change when we work together. That applies to legitimate streamers as well, who should put their differences aside and collaborate more efficiently.

If you enjoy watching casino streaming, please keep in mind some of the points we've made here. Obviously, if you are already opposed to gambling and affiliate marketing, none of this will matter or change your mind.

Nonetheless, this does not imply that all casino broadcasters are equally disgraceful (far from).

Though the majority are affiliates (as are the majority of large streamers across all genres and categories), there are plenty of streamers who genuinely enjoy entertaining, who are gamblers at heart, who adhere to regulations, and who have the decency to promote responsible casinos to their viewers.