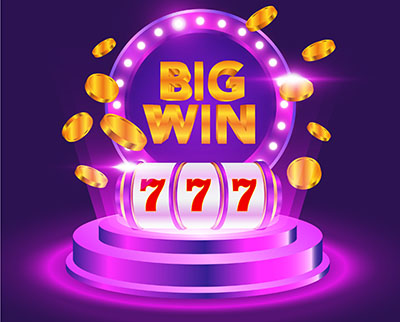 When it comes to playing slots, we all hope to hit a large jackpot. The desire has been a reality for some, who have won millions of dollars from a single spin of the reels, making their fantasy a reality.

As you would expect, the vast majority of these large-scale winners have struck it rich in Las Vegas, the gambling hub of the world, but there have also been some very spectacular payouts from online slots.

Continue reading to learn about some of the largest slot machine jackpots that have ever been won to date, as well as the names of the lucky winners.

On this list, we begin with the tenth-largest slot machine win in history, which was won by a gambler at the Rampart Casino in Las Vegas back in December 2013.

When they played the Megabucks slot machine, they spent only $20 before hitting a jackpot worth $14.3 million.

The winner chose to remain anonymous, but they were kind enough to give a large portion of their win to a charitable organization.

Taking the number nine spot on our list of the largest slot machine winnings ever is the 17.3 million won by a woman from Las Vegas.

She went to the M Resort in Henderson, Nevada, where she used some free credits to bet the Megabucks game, and she ended up winning a lot of cash.

It only goes to show that you shouldn't forget to use any free credits that you may have accumulated over the years!

It was a very lucky British soldier who scooped up this internet win in 2013.  Upon winning, he received a jackpot of £13.2 million, which was equivalent to about $20.8 million at the time.

This happened online at the popular Betways site, and the gamer had played on the Mega Moolah slot machine.

Jon Hayward, a gamer from Crewe, spent only 25p before walking away with the huge sum of money. Wow!

Possibly, this is the most incredible inclusion on the list!

Elmer Sherwin won $21.1 million in 2005 while playing the Megabucks slot machine at the Cannery Casino & Hotel in Las Vegas.

What's so fantastic about it? He had previously won the jackpot on the machine, raking about $4.6 million while gaming at the Mirage Hotel & Casino in 1989, so he was no stranger to big wins.

We are now on our way to Caesars Palace, which is arguably the most famous casino in the world.

This was the venue of a colossal jackpot in 1999, which was won by a business consultant who played using only $10 on –and yes, you guessed it right– the game was none other than the Megabucks slot machine.

The 49-year-old man from Chicago, Illinois, who chose to remain anonymous, collected the humongous $21.3 million jackpot.

The next large prize on our list was scooped by a woman named Johanna Heundl, who was playing the Megabucks machine at the renowned Bally's Casino in May 2002. Lady luck smiled on her and she won a whopping $1 million.

When Heundl won, she was 74 years old and had spent about $170 before she was able to claim the jackpot.

The year 2013 saw another online slots victory, this time by a Finnish gambler who was spinning the wheels of Mega Fortune, the well-known progressive game from NetEnt.

Amazingly, this lucky Finn only had to spend 25 cents before they were able to walk away with their massive reward. PAF.com was the site where the €17.8 million prizes were won, and in 2013, that figure was equivalent to around $23.6 million.

In the third position is a lucky pensioner who visited the Palace Station Casino in 1998 and won a lot of money. She had intended to spend $100, but she ended up spending three times that amount, which turned out to be a brilliant investment.

In the same way that so many other people on this list of the highest slot machine jackpot winnings did, she also gambled on the Megabucks machine and was lucky enough to receive a hefty jackpot of $27.6 million!

Cynthia Jay Brennan, aged 37 at the time of her jackpot win in 2000, comes in second place. She won a jackpot worth slightly less than $35 million. Again, this reward was from the popular Megabucks slot machine.

Brennan won the jackpot while on a tour in Desert Inn. Months later, in a tragic turn of events, she got seriously injured in a crash that left her paralysed.

The Excalibur Casino in Las Vegas was the site of the greatest slot jackpot in history, which was scooped by a lucky gamer from Los Angeles.

In 2003, they decided to try their luck at the world-famous Megabucks slot machine, parting with only $100 in the hope of striking it rich.

The results were a staggering $39.7 million prize, this win was the greatest in the history of gambling, and continues to be the largest jackpot ever won.

In conclusion, it is possible to make a substantial amount of money when playing slot machines. Gamers believe they can boost their odds of winning by looking for the loosest slot machines.

However, it is important to remember that slot machines are completely random and that your chances of winning are solely dependent on whether or not Lady Luck is smiling at you when you play.