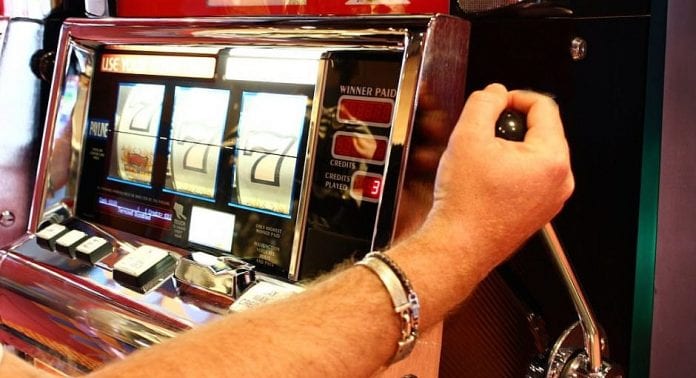 Autoplay features are quite fun. It is like a teenager trying the “free hands” style in their new car. Well, with autoplay, you have left all the work to the computer, including using your money.

In my many years of gaming, I have lost count on the number of auto-play games that I have experimented on: but what I know for sure is that they are not all the same.

Although I have occasionally come across autoplay options with a number of Dutch online casinos with roulette, however, the highest percentage has been on slot machine games.

The first time I encountered autoplay was when I set out to try a slot game on a land-based casino.

With autoplay, you will come across the good, the bad and the outright ugly.

On the good part, you will just sit and relax as the computer does its thing, while on the ugly side; you are most likely going to get into a losing streak.

A lot of players confuse autoplay and in-game autoplay (a built-in feature). These are some of the misconceptions common with autoplay, and its effects on the final outcome of a slot machine.

However, I have done the leg work for you, and by the time you are through with this page, you will have a full understanding of autoplay and how it works:

One thing that most people don’t clearly know is how or what to do with autoplay. Actually, there is no online casino that will permit the use of player-side auto play software. This is because a casino needs to protect itself from unfair play.

After all, we all want to make a profit and if there is an easy way to cheat the system, most players will not hesitate to try it.

This is where the in-game autoplay comes in place. With it, you are on a safe side to keep on spinning those reels. Actually, it’s a much safer feature compared to banned gaming software.

If you want to test a new slot game or you want to be sure how things work, just click on all the buttons including autoplay. This is a good starting point, especially if you are playing for real cash.

Some of my favourite games are those that come with the option of stop-loss limits if you are using autoplay. This comes in handy, especially when on a losing streak because, when things start going down quickly, you may slow things a little.

I always ensure that before I play any slot game, I test drive the autoplay feature.  Most of the ones that I have actually tested have some sort of limit on the number of spins. The highest one that I have encountered ran for 100 spins, with the majority set at between 10 and 25 spins.

The good news is that for the entire auto play features I have tested, none prevented me from stopping the spins at any given time.

Most Of The Auto Play Messages On Slot Games Are Meaningless

Often times, you will be bombarded with random messages that slot games display every time you complete a spin.

Most of these messages are just a report to show you the amount that you have won.

From the many games I have played, I can tell you as a fact that most of these messages are meaningless encouragement.

This is not to mean that you should avoid all the messages whatsoever. However, constantly seeing a flashy message at the corner of the screen can be quite annoying, to say the least.

Unlike roulette where you are allowed to change your bets, in slots, this is a rare occurrence.  The good thing with roulette is the fact that you can test out different betting strategies until you land the one that best suits you.

This is not possible with slots and t best you can get in this area is to vary how much goes into each wager that you spin.

Using Auto Play On Bonus Round

In most cases, autoplay with remain active even on bonus rounds, but this largely depends on the design of the game.

I have actually witnessed such scenarios, and I can say it works both ways.   For example, for the older games that have bonus rounds as just free spins, it’s possible for the autoplay feature to keep going.

However, games that indicate “play” to click the free spins will automatically stop the autoplay.

Although I have not come across any statistics to back this up, I have seen many times a situation where autoplay features stop when in a bonus round.

Also, on games where random spins are awarded, the autoplay will most likely stop.

Land-based casinos autoplay has a number of challenges, especially as far as safety is concerned.  This is because there is enough exposure on the casino and you risk having someone else interrupt the autoplay and worse, take your cash.

The worst mistake you can do on a land-based casino is to leave your credits or possessions unattended. This is because a casino is not responsible for your stuff, and it will not compensate you for any losses incurred.

The good thing is that, if the casino is not very busy or crowded, you will be allowed to simultaneously run autoplay on several slot games.

However, confirm this with the casino staff to make sure you are not breaking any house rules

As a player who has a lot of experience in this field, I’ve seen a countless number of questions relating to autoplay. A lot of these questions come from players who are either interested in finding a quick way to beat the slots games or those that are too anxious.

Either way, it is important to note that there is no known system that can help you improve your chances of hitting the jackpot with slots games. This includes the autoplay feature.

Gambling is all about risk and the industry is not as glamorous as some casinos may want you to believe. However, a casino will go ahead and pay you all the legitimate wins that you make with them.

There are varying reasons for trusting and not trusting autoplay. To me, this feature is of utmost importance since I can use it to have some control in my games.