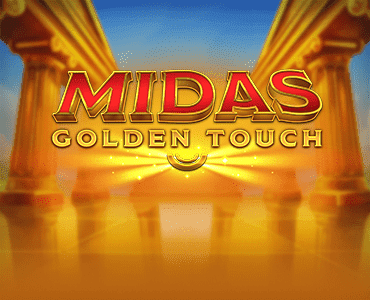 Midas Golden Touch is an online slot machine released thanks to one of the most successful software providers in the online gaming niche, Thunderkick. This slot game is packed with five standard reels, and it also has fifteen paylines. A fact that will bring joy to many gaming fans out there is that Midas Golden Touch online slot can be played on any device of their choice, whether it’s their mobile phone, laptop or even tablet. Regarding the betting range of Midas Golden Touch, it is quite wide, with the minimum bet of €0.1 to max one which is €100. Midas Golden Touch happens to be based on Greek mythology.

Read my in-depth review about Midas Golden Touch in order to get familiar with this slot machine which is played in many online casinos!

The Rules And Symbols Of Midas Golden Touch

In the background of Midas Golden Touch is a majestic temple. The symbols with low worth are your standard playing cards from A to 9. Onto the icons which are more rewarding; they will be presented in this list:

Midas is the icon which will bring you the biggest rewards in Midas Golden Touch, and if you land five, four or three King Midas symbols you are going to get these prizes, respectively:

The symbol which plays a huge role in this free Thunderkick slots is the wild symbol which is King Midas' hands. This Midas Golden Touch icon serves as a type of substitution for every symbol with one exception, the scatter. When you become victorious in Midas Golden Touch, you will get a certain multiplier, but that depends on the number of wild symbols you have acquired:

The scatter in Midas Golden Touch is represented by a castle. When you acquire five, four or three scatters you are going to be rewarded with these free spins, respectively:

Once you get yourself a successful combo, a Sticky Respin special bonus feature is going to be activated and all winning icons will be frozen, while the non-winning symbols will continue to spin. This feature won’t come to an end unless you stop boosting your original win in Midas Golden Touch. In order to boost your win, some wild symbols will show up on the fourth, third and second reels in a random fashion once a free spin starts. Then, in the duration of the free spins, multiplier wilds can be won. You can win a 32x multiplier.

The thrill will never end with Midas Golden Touch, and once you start to play it, you will be surprised at how entertaining it is with its bonus features, gameplay, and stunning design. Go and play Midas Golden Touch online slot!

Riches of Midgard: Land and Expand